How to extinguish a fire properly

Solids burning with flames or by moldering

Starting extinguishing distance is the fire stream range of the spray, followed by approaching the fire as it extinguishes. Apply the extinguisher without interruption till the fire is extinguished and the spray emptied. Subsequent emptying of spray residue to fire site works as prevention of reignition and cools the fire site.
When extinguishing fires of liquids, avoid too short distances, which can cause splashing the burning liquid over by fire flow. Optimal distance is 1.5 – 2 m.

In case of fire of freely spilled flammable liquid

In case of flammable liquid fire in bordered area

Burning flammable liquids which are flowing out

are to be extinguished downwards from the outlet.

Gases up to device’s operation pressure of 3 bar

Firefighting for gas devices consists in “knocking off” the flame by extinguisher pressure near the place of gas leak and in cooling/extinguishing the surrounding area to prevent reignition of leaking gas.
Flow of extinguisher (according to circumstances of fire and safety factors of personnel) can be pointed to gas leakage a) under 45° angle b) in the direction of leakage c) under 90 ° to the direction of leakage. If possible apply from 1 m distance.

Devices under electrical voltage up to operation voltage 400 V

These fires should be extinguished from the minimum 1 m distance. Includes common household equipment under voltage 230 V or 400 V.

Non-conductivity is ensured by double technical specification: Because of construction of the spray, where the extinguishing medium is separated completely from possibly conductive parts of product.
Because of special nozzle, which from safe distance 1 m ensures absolute “separation” of extinguishing flow and thus prevents so called “down stream” voltage transfer.

Fires of fats, oils and kitchen appliances even under voltage

If possible, shut down the heat source under the burning container (shut down the burner, unplug the deep fryer).
Starting extinguishing distance is the same as fire stream range (approx. 2 – 2,5 m) under approx. 40° angle. Continue with application of extinguisher while approaching the fire as it extinguishes. Extinguishing medium should be applied in circular motion over the inner circumference of container without interruption until the fire extinguishes and the spray is emptied. Emptying the whole spray into the fire site cools it and forms thorough foam cover.

Safety information: When extinguishing fires of fat, avoid too short distances, which can cause splashing the burning fat over by fire flow. Optimal distance is 2 – 2,5 m with gradual approaching.

Extinguishing spray may be used to extinguish/moderate of fires of lithium-ion accumulators and batteries, including accupacks of hybrid vehicles and electric cars, PCs and laptops using li-ion technology, li-ion chargers for charging of accumulators and all other technologies which use lithium-ion sources for power supply or charging.
Extinguishing medium needs to get to the source of fire – upper parts of accumulators/batteries, where their flammable contents burn through the pressed in upper plus part. This part is damaged by the fire itself and by subsequent heat; the pressed in area of accumulator/batterie opens and flames flares out accompanied by overall grow of temperature and possible fire of surrounding area.
Starting extinguishing distance depends on safe distance from such a fire. It depends on fire extent, training, knowledge of fire

protection of and the availability of firefighting gear for intervening person (protection shields, goggles, gloves, respirators or firefighting suit etc.) If the firefighting is done by non-professional person, he must maintain his own safety first and try to extinguish the fire from safe distance, i.e. the fire stream range followed by gradual approaching the fire.
The big advantage of extinguishing spray is its full functionality in all positions and thus the possibility to get extinguishing media exactly to place where it is most efficient. Extinguishing stream should be applied to the area of flame outburst from the accumulators/batteries. 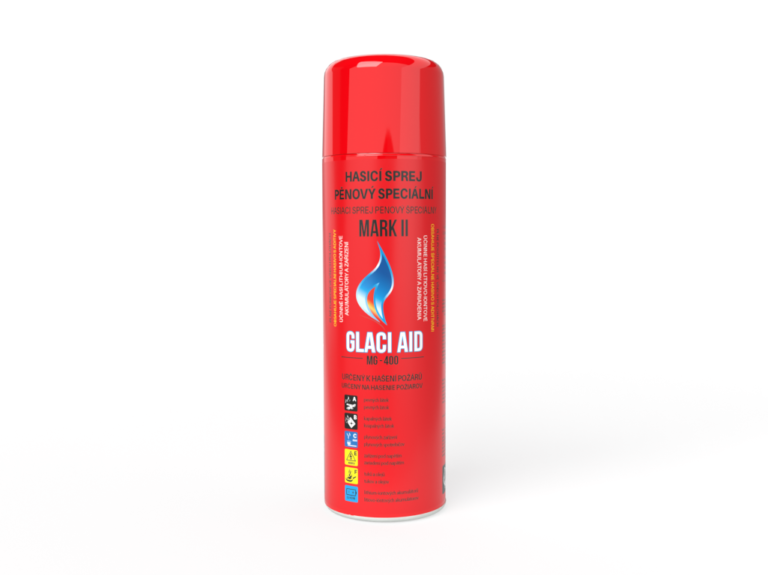 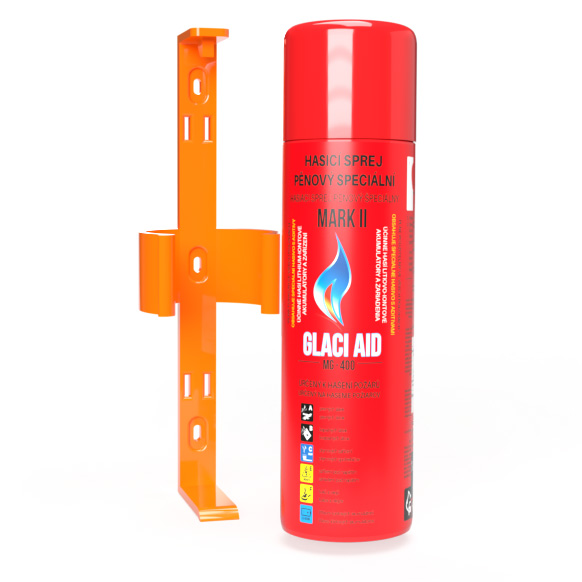 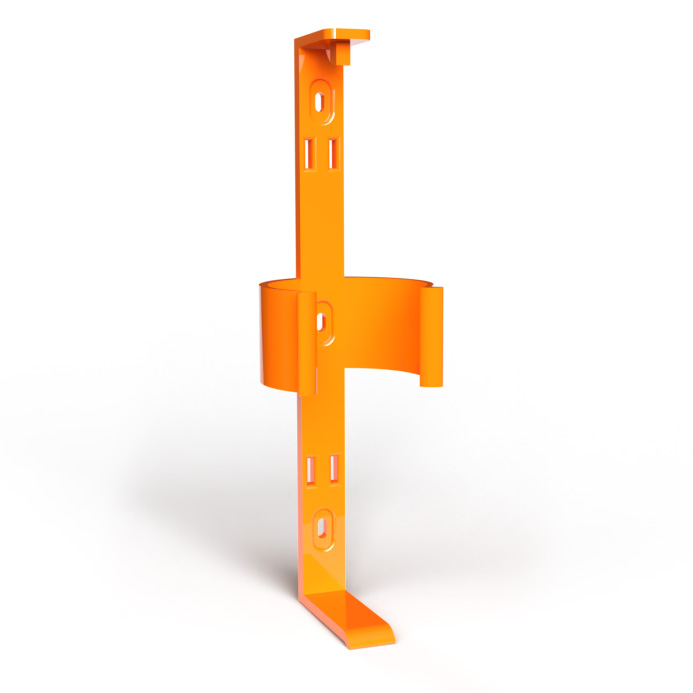 The Extinguisher with a high extinguishing effect. It’s small but its high power is great for extinguishing oils in kitchen, lithium batteries, home appliances, wood, solids and liquids such as fuel, petrol and diluters.

Usable in all the positions. Made in Czech Republic.